Saving The Birds of New Zealand

Large, plump and nocturnal, the kākāpō is the only parrot in the world that like so many other New Zealand birds, lives on the ground and can't fly. There are only 211 kākāpō in existence, confined to four small islands off the New Zealand coast. This CNN story explores the incredible efforts being made to bring the much loved kākāpō back from the verge of extinction. It's a fascinating story.

A monumental effort is underway to save one of New Zealand's best loved birds from extinction, the kākāpō.

"What the kākāpō lacks in numbers, it makes up for in personality", says radio producer and presenter Alison Ballance.

Her podcast, Kākāpō Files, which documents the fight to save the bird, has attracted listeners from around the world.

"Gorgeous, hilarious and amazing," the kākāpō has a "serious, but slightly goofy" character, she says. "They've got this ancient wisdom thing going on as well.

You get the feeling this is a species that has been around for a very long time and is slightly marooned in the modern world." 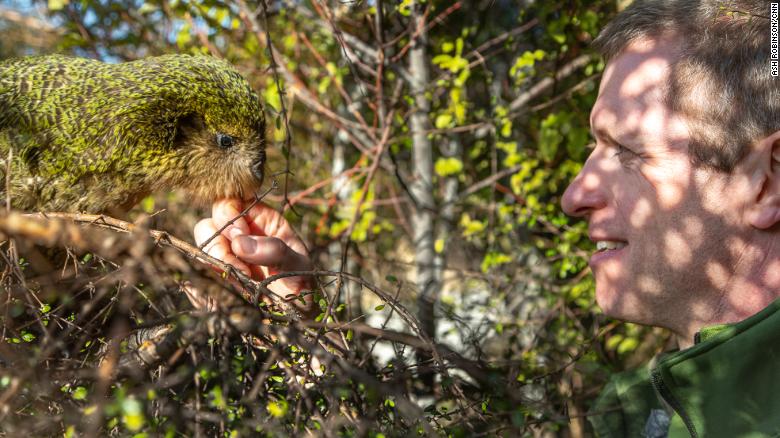 Andrew Digby has a chat with a kakapo.

Andrew Digby, Kakapo science adviser to the New Zealand government, is on a mission to save the beleaguered bird.

Kākāpō numbers have increased to 252 in the 2022 breeding season, and there are now more of the endangered parrots than there have been for almost 50 years. 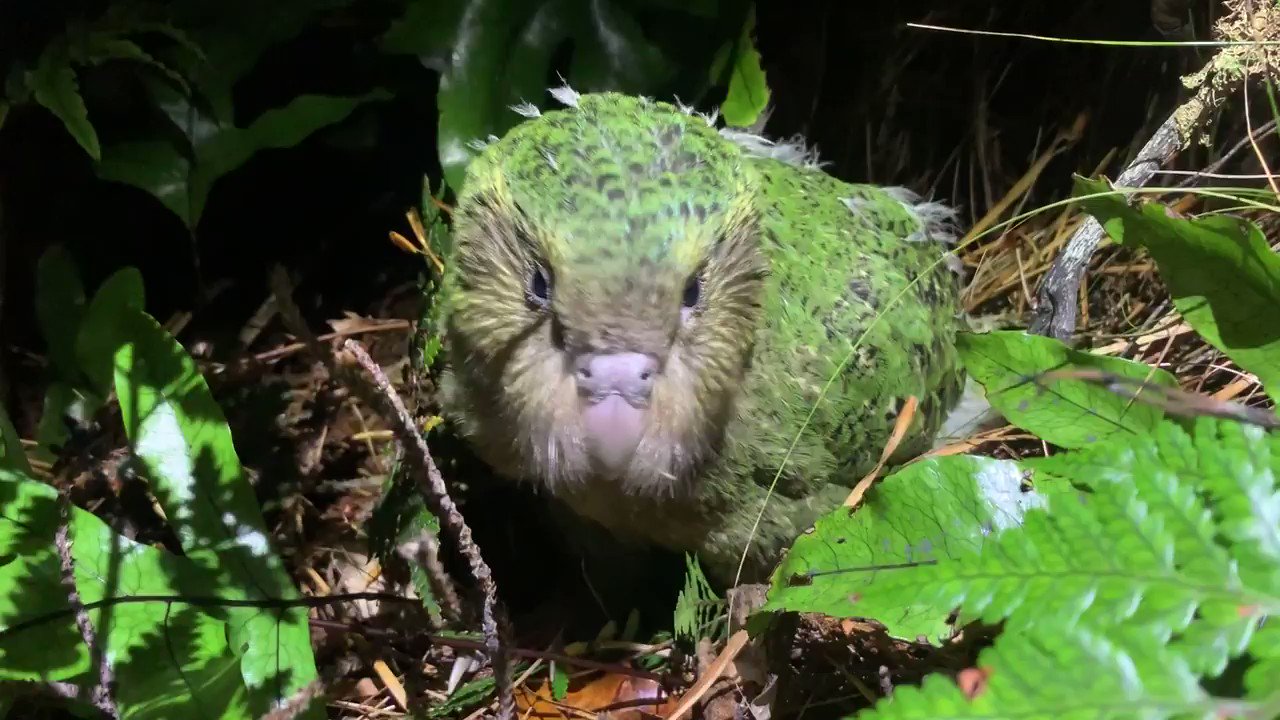 It's the latest in a series of challenges, the kākāpō has faced since its home was first invaded by humans, about 700 years ago.

A Paradise for Predators

Before Polynesian settlers arrived in New Zealand around the 13th century, its forests squawked, chirped and tweeted with bird life.

The only mammals were a couple of species of bat. Kākāpōs were abundant throughout the country and bumbled around in relative safety - the only significant threat came from birds of prey circling in the sky above. 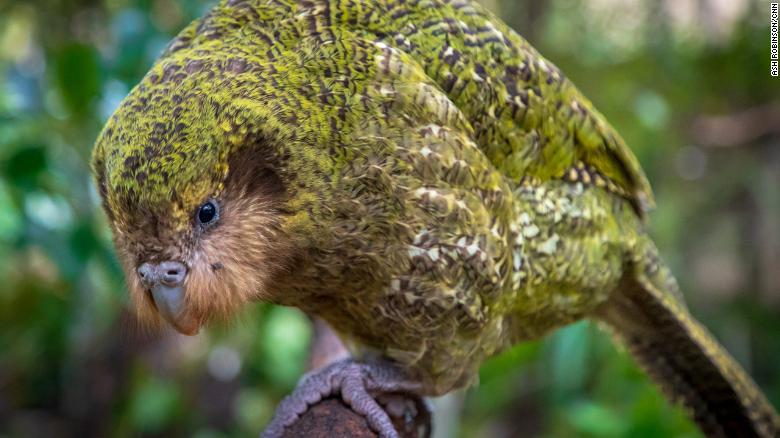 Kākāpōs evolved yellow-green feathers to camouflage themselves on the forest floor. This provides excellent protection from sharp-eyed birds of prey but does not save them from mammals, which mainly hunt by smell.

That all changed when the first boatloads of people disembarked, along with hunting dogs and stowaway rats. When kākāpōs sense danger they freeze on the spot. This strategy can fool an airborne eagle but doesn't deter ground-level hunters.

The early settlers "ate the kākāpō, used their feathers to weave cloaks and carved their bones into fish hooks," says Tane Davis who represents the Ngāi Tahu-- the main "iwi," or Māori tribe, of New Zealand's South Island - in kākāpō conservation. He says Māori people still maintain a strong spiritual connection to the kākāpō, whose name means "parrot of the night" in their language. 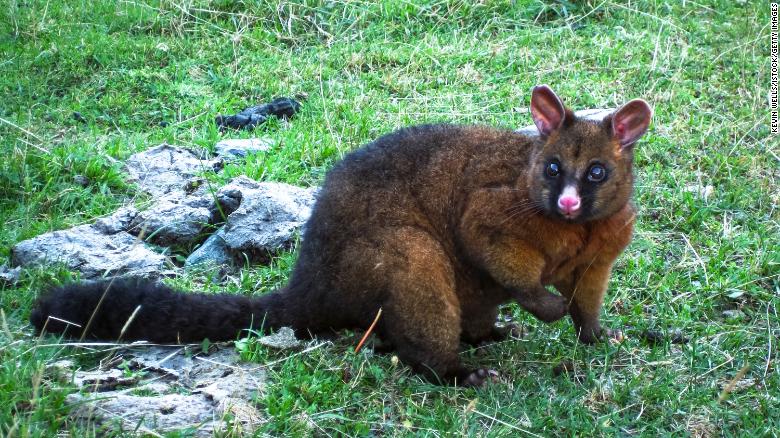 Possums are a massive problem for New Zealand's native birds.

When Europeans arrived in the 18th century, "things really started to fall apart," says Davis. The colonists brought with them a menagerie of new predators including two more species of rat, mice, cats, stoats, weasels and ferrets from Europe, and possums from Australia.
New Zealand was "a paradise for those pests," says Davis. "All our native species became threatened."

Kākāpō numbers plummeted. By 1995, there were only 51 birds left, says Digby. The current mission to save them was launched the same year.

All surviving kākāpō now live on four islands that have been cleared of predators: Whenua Hou, Anchor, Chalky and Hauturu islands.

Forty percent of kākāpō eggs are infertile - most likely as a consequence of inbreeding - so Digby and his team have turned to technology to boost success rates.

In some cases, artificial insemination is used to pair specific birds thought to be good genetic matches. This year, the team added a drone to the kit list to speed up the transfer of sperm between teams working with birds in different locations.

Once the females have produced a clutch of eggs, most eggs are removed and placed in incubators. "We tend to be more successful at raising kākāpō eggs than kākāpō," says Digby." After hatching, each mother is given only one chick and the rest are hand-reared - to ensure they all receive enough food. 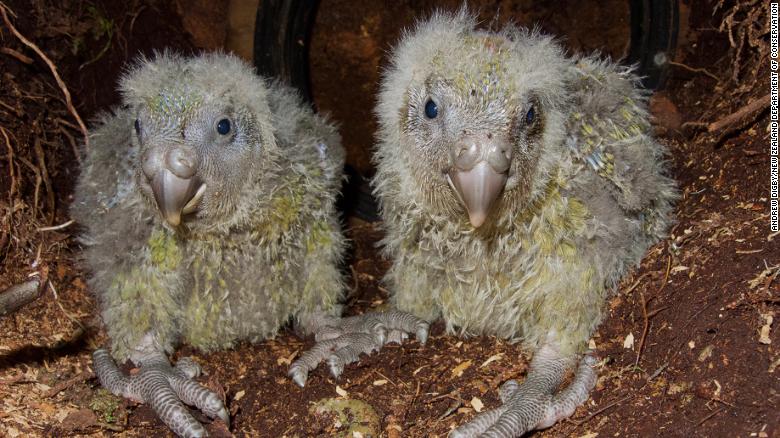 These kākāpō chicks are starting to lose their baby fluff and gain their adult plumage.

The scientists also use genetic information from the birds to investigate the infertility problem and match breeding pairs to maximize the chances of healthy chicks.

Each bird is microchipped and equipped with a smart radio transmitter, worn like a backpack, that tracks its location, monitors activity, identifies mates and alerts the conservation team if the bird stops moving. 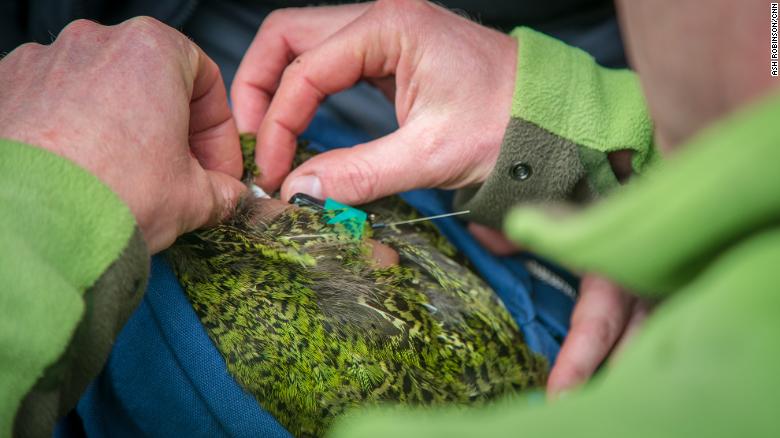 Andrew Digby adds a GPS logger to kākāpō's radio transmitter, which will record where the bird goes.

The transmitters also control how much food the birds receive at feeding stations.

"It's essential to control the birds' diet", says Digby. Left to their own devices, kākāpō only breed when New Zealand's rimu trees burst into fruit - about once every two to four years. "We give them supplementary food during the breeding season to trick them into behaving as if there's lots of fruit, so they will breed more often," says Digby.

Males receive as much food as they want, but females are kept at a sweet spot of around 3.3lbs (1.5 kg). Too skinny and they are unlikely to produce eggs; too chubby and they will have mostly male chicks, an evolutionary adaptation that benefited the species when the birds were plentiful but is not the best strategy to increase numbers quickly. 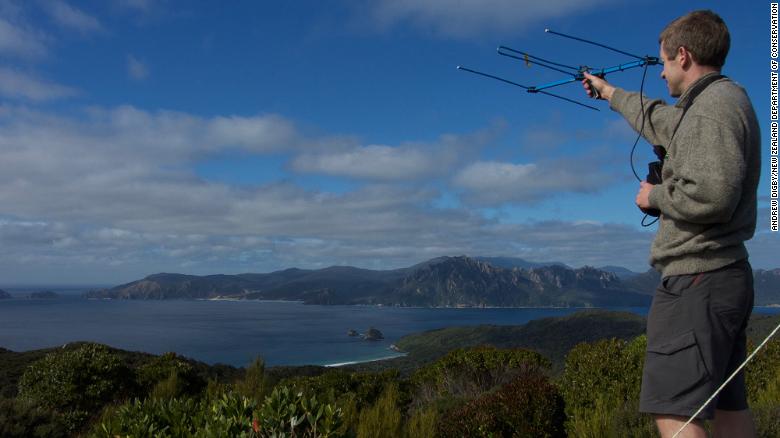 As the kākāpō population grows, additional safe havens are needed. Two new sanctuaries off the southern tip of New Zealand - Coal Island and Five Fingers Peninsula on Resolution Island, are being prepared for kākāpō reintroduction.

"Our long-term goal is to get kākāpō back on the mainland," says Digby. However, that can only happen if predators no longer roam there.

In 2016, John Key, New Zealand's then Prime Minister, announced Predator Free 2050, an ambitious project to eradicate predators across the country. If it is successful, kākāpō and other native birds, 80 percent of which are currently in decline, could thrive again. 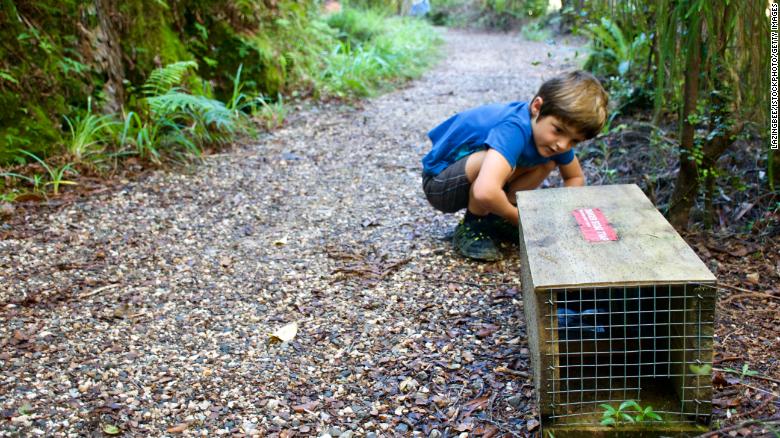 Predator Free 2050 is a grassroots concept. Iwi (Māori tribes), landowners, NGOs, schools, businesses and individuals are participating by placing traps designed to catch the chief culprits -- possums, stoats and rats. Dan Tompkins, lead science strategist for Predator Free 2050, says that parallel initiatives will consider how to address the problem of cats, a sensitive issue for some people, at a later date.

The work also involves spraying a toxin called 1080 in remote areas. 1080 targets mammals and is designed to be as safe as possible for birds. "Non-target species can be affected at a very low level," says Tompkins.

The potential for collateral damage has generated controversy, however. "That's understandable," says Tompkins, "but if birds are affected, they rebound really well afterwards because the predators have gone." 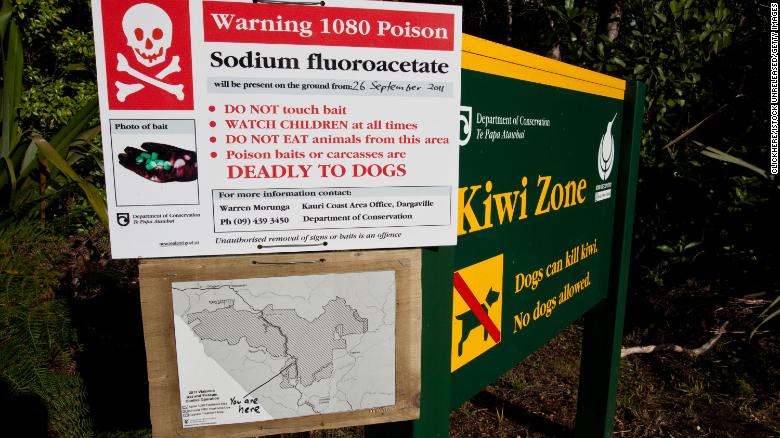 The use of 1080 has generated controversy.

A particular concern is protecting dogs, says Tompkins, because 1080 is lethal for them. He says that application of the toxin is managed very carefully -- the toxin is not applied in areas with lots of dogs, signs are put up where it is used and landowners in the area are kept informed.

Tompkins says the project's scientists are exploring whether it might be possible to "use this approach once, achieve eradication, and then never have to do it again." He believes there's a good chance of success.

It's a massive undertaking though. The largest successful pest-eradication effort to date took place on South Georgia Island, near Antarctica, which was declared rodent-free last year. New Zealand is 76 times larger and hosts a bigger mix of predators.

If the plans works, it would be a game changer for the kākāpō, says Tompkins. Andrew Digby agrees: "If Predator Free 2050 is successful, it would solve most of New Zealand's conservation problems."