Another humorous story from our archives. We first published this story in 2017. In these stressful times of the coronavirus, some humor might help us to get through our day, so we've decided to update the story and to run it again. We suspect that the is an example of Dunedin humor at work, possibly at the expense of people living in a local upscale suburb of their city. But you can decide.

There are signs that all is not well in Dunedin and these 'tongue-in-cheek' newspaper reports explains why.

'A ''monster'' turkey is roaming the streets in the upscale suburb of St Clair and chasing people at a popular walking spot called Jacob's Ladder.

Dunedin resident Martin Montgomery first encountered the turkey when he was running up the Jacob's Ladder steps about a month ago.

''He jumped out at me and chased me in the dark. I didn't know what it was. It was huge, so I initially thought it was a dog.'' 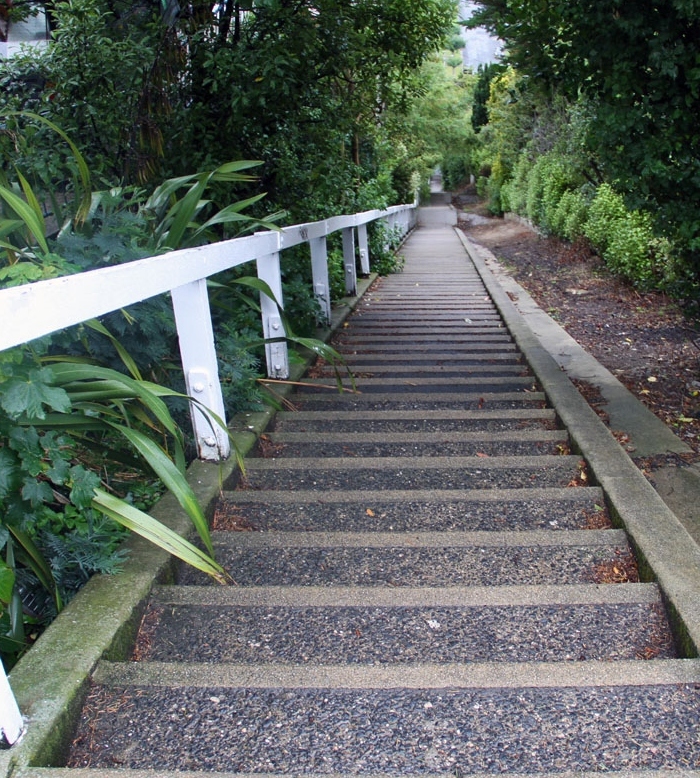 Two weeks later the bird was in his driveway.

''I just pulled up in my car and when I got out I dropped everything and ran because he was going to have a go at me.''

A map has even been published that shows monster turkey sightings.

Then, this report appeared in another local newspaper.

"A 'monster' turkey the size of a Shetland pony has been frightening residents and politicians in the well-to-do Dunedin suburb of St Clair.

The large turkey has been described by locals as elusive and aggressive, and has been giving residents frights while they take their evening walk-run.

Witness, and Dunedin city councillor, Conrad Stedman gave this colorful and terrifying report of his encounter with the bird on Jacob's Ladder.

"We were out for our walk up here with our lovely wee (small) dog, and just part way up through here, he took off like a robber's dog, and all of a sudden there was fur flying, feathers flying, and next minute I'm ducking from a big-winged bird."

He said the bird appeared to have "violent intent".

"I did see some talons. I could see behind the beak, the eyes of fury," Mr Stedman said.

Mr Stedman said they did have pork belly for dinner the previous night, but any scraps were fed to his dog, a goldendoodle".

A woman from the Dunedin City Council said the bird had chased her father, prompting a call to the SPCA (Society for the Prevention of Cruelty to Animals), but executive officer Sophie McSkimming said the organisation would intervene only if the bird became sick or injured'

The team here at New Zealand Vacations then proceeded to dig a bit deeper and we discovered this actual photograph of 'the monster''.

There's a great New Zealand self drive tour that includes Dunedin and The Otago Peninsula, the 11 Day South Island Self Drive.

On a more serious note, there are no dangerous animals to be found anywhere in New Zealand.