We like this story from the New Zealand correspondent of English newspaper The Guardian. It describes the behaviour of a Christchurch 'criminal' Keith the cat. If you would like to enjoy some more New Zealand humor, at the end of this blog we provide links to other fun stories with a New Zealand flavor.

New Zealand cat thief Keith with some of his booty. He recently stole a bong and some lacy underwear. Photograph: John Kirk-Anderson/Stuff Limited

A New Zealand cat with a reputation as a talented thief has taken his habit to new lows by bringing home drugs and a pair of lacy black knickers, according to his owners.

Keith’s crime wave started three years ago, when he began stealing bras from nearby clothes lines and bringing home live eels from the local Heathcote river in Christchurch.

But his ambitions have grown. According to owners Ginny and David Rumbold, in recent weeks the five-year-old black cat has brought home a bong and a ziploc bag containing unidentified white powder. He also left a pair of knickers on the back fence. 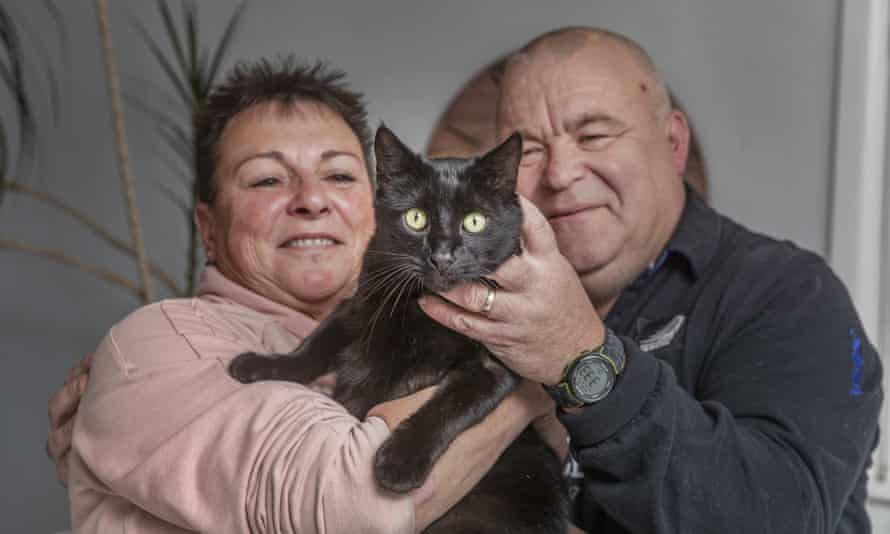 “I suggested to him diamonds and cash would be better,” Ginny Rumbold told news website Stuff, which first reported Keith’s criminal tendencies. “But that hasn’t happened so far."

The Rumbold's have resorted to filling two plastic boxes outside their front gate with their cat’s ill-gotten gains so that neighbors can swing by to retrieve them. But returning the goods has proven to be little deterrent to Keith, who has a habit of repeatedly stealing the same items.

A particular favourite are the steel-toed boots of a local tradesperson. Despite the man weighing down his shoes with fluorescent green 2.5 kilogram weights, Keith still manages to haul them home unseen – one shoe at a time.

A crime scene shot of the Heathcote River in Christchurch.

Ginny Rumbold said locals were more amused than annoyed by the cat’s kleptomania. But his recent finds have brought Keith to the attention of local authorities.

According to a police spokesperson, “Of particular concern is Keith’s latest find – an implement used to smoke cannabis. We’ll be seizing the implement and speaking to Keith about where he’s acquired it from.”

Steve - the cat who thinks he's a lamb